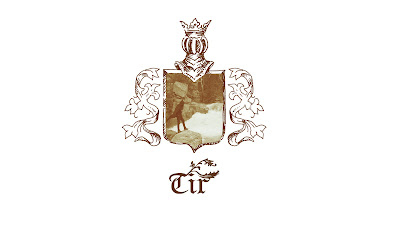 What if black metal seeps into mesmerising shores, somber castles, desolate forests by bringing along the synths? Then, you have the music called dungeon synth revealing the hidden soulful melodies.

Tir, as a one-man dungeon synth band from Turkey just released its second album callled "Urd, Skuld & Verdandi" in the vein of a triptych opus under the influence of three norns. It awakens the archaic black-hearted sounds, strikes with the velvet vocals of Thomas Helm (Empyrium) while concealing the stellar poetry between the notes. Album reveals the silvery signature of Markus Stock(Empyrium) as the mixing and mastering are done by him.

Here you find the interview with Oytun Bektaş (Tir) who is behind this mystical work. 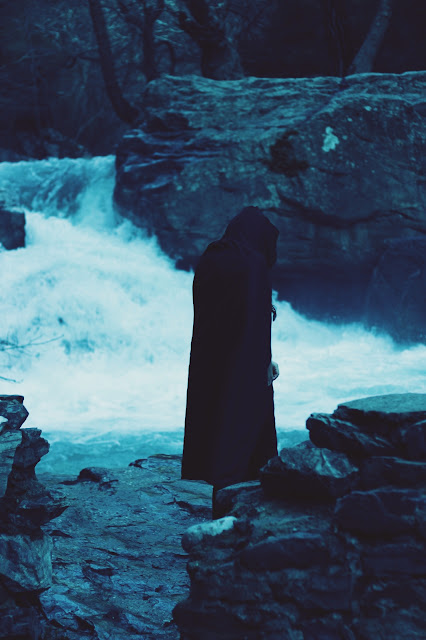 "Music that makes us hear from the dark castles"

You’ve released a new album called “Urd, Skuld & Verdandi” by Repose Records on May 2019. How was the releasing process of the album? How have been the reactions from Turkey and the worldwide by now?

Tir: Firstly thanks for the interview. The album's overall work actually ended last year.  The interview process with the labels was a bit intense. It was Nhor who initially introduced me to Tom at Repose Records. I think all works (about album) are going well for now. Especially the reactions from abroad are enormous. The folk interactions of the album seem to have created a lot of joy for the followers. Some Dungeon Synth groups in social media emphasize that the album should be shown as an example for 2019 DS. Of course, these are proud!

Thomas Helm contributed on vocals for 2 songs and Markus Stock did the mastering & mixing. How did you come together? I would like to say that Helm brought an enchanting atmosphere while the signature of Markus on production is overwhelming on the album.

My friendship with Markus and Thomas goes back many years. I'd say we know each other very well. 2 years ago, we talked with Markus about “Urd, Skuld Verdandi” in the Rhön forests in detail. I mean, the seeds belong to the black forests and Rhön. Markus said that he wanted to help with this album that he definitely wanted to do the mix and master. I never doubted his music knowledge. This promise made me very happy because I was also fascinated by the concept of his dark art. Subsequently, Thomas' offer to sing on the album showed how sincere and beautiful the friendship was. 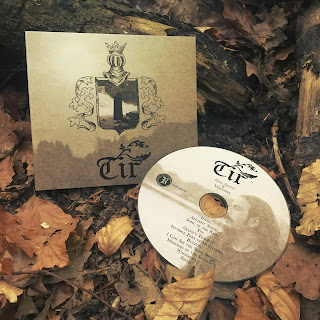 Of course music production is a maturation process. The cult sources you feed on make this process more powerful. On the other hand, you can define yourself better. As a result of all of this, I decided to add more of a dark folk sound to the new album. The best way to achieve this was to increase the number of instruments. I believe I've overcome that.

The album title refers to the three norns from Norse mythology taken sources from Prose Edda or Poetic Edda and appeared as deities of destiny who are also known as Moirai in Greek mythology. Why did you choose that title? What kind of relation does this concept establish with your music?

The meaning and value of norns is very important to me. It was really important to make sense of life and shape the construction of art accordingly. I believe there are always strong ties between shamanism and paganism. The main theme actually finds itself in these ties. The loop in the album itself is tightly bound with these 3 norns.  A start and exhaustion!

Could you please give details for the cover artwork? Who is the artist behind? What do you want to depict with that? 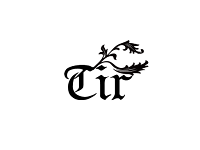 The overall design of the album belongs to Caner from Kestavur Production.  Tir is the lonely Symphony. I am always excited to convey this lonely state of being without arrogance and in a simple way. All these details manifest themselves both in the songs and designs of the album.

In the album, there is a song called “Burzum”. Is it a dedication to first ever ambient albums in black metal history or you just used the word meaning darkness in Tolkien language?

The biggest reason I feel the dark art of my own is Burzum. I believe that the only owner of Black Metal and black magic is Vikernes. The minimal and anti-production albums he has given us so far are definitely timeless.  The emergence of this song and the name Burzum is dedicated to respect him!

You used a poem from Kahlil Gibran on the lyrics of Songs of The Rain. Why did you choose this poem? Do you want to say few words about him?

My perspective on literature and poetry in general is quite extensive. I think my library is strong. Khalil Cibran is on a special point. He is an important poet who strongly resisted the religious and cultural pressures he had experienced in the country where he lived. Don’t we have a lot of examples in the world? I thought the poems he wrote were epic and romantic. So I decided to design the song 'Song Of The Rain' as a song without hesitation.

Can you write your favorite verse from the album?

“I quench the thirst of one;
I cure the ailment of the other.” Perfect!

What are you reading lately? As a crossroad curiosity; are there any other literary arts that influence your music? 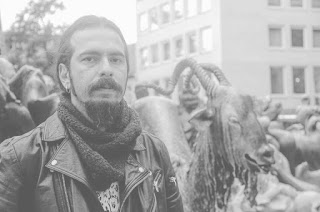 I recently finished his book on the palms of the universe which belonged to Christophe Galfard. For the last few years, I have been mainly reading science fiction or books about the cosmos. And of course the fact that I have been reading this material is reflected in the album. The song ‘I Can See The Stars Behind’ is a prime example of this.

Which concepts rooting from black metal do you use/influence when you compose for Tir? New album has the dark folk vein also touching the medieval themes, right? Which era/area of the medieval ages does it carry influences?

First of all, I am the one who argues that Black metal should always be kept separate from other types of metal. Black Metal is a soul business. It can't be exhibited on stage; it can't be narrated with spectacular productions. Its place is nature and darkness. Technically, almost all Dungeon Synth music groups are influenced by the black metal and form the music infrastructure. In the theme of my music from time to time you can come across ancient and mystical elements. This diversity comes entirely out of the main body of dark art. You can sometimes capture this hysterical and tense atmosphere with a single keyboard tone.  Burzum’s “Tomhet” is proof of that -
Art should be a minimal depiction.

What do you think about the relation between dungeon synth and black metal as we know that this music genre is most often performed by the black metal artists like Wongraven, Mortiis, Atilla?

As I mentioned in my answer to your previous question, Dungeon Synth is the hidden treasure of black metal with its particular aesthetic. You can find this theme and sounds in many well-established music groups. Bathory, Dissection, Burzum, for example. Apart from these, as you mentioned, Wongraven and Mortiss(the first period) are the groups that give the most direction to Tir. But on top of all that, I'd like to point out that I am also inspired by bands like Summoning, Empyrium, Nhor and Dead Can Dance. Dungeon Synth provides a kind of perspective.  I mean, it further minimizes black metal's rigid, aggressive structure, making it a music that makes us hear from dark castles.

Dungeon synth is adoptable to the soundtracks of video games especially, and also serials, movies, etc. in the specific genre as it is an instrumental music having the capability of reflecting variety of moods. What do you think about the borders of this genre? Do you have any projects in your mind for the future?

You are absolutely right. Since the time of the Commodore you can hear the melodies of the DS. In some comic magazines, we come across a lot of themes. It is also possible to come across various groups and people, especially in the film industry - in digital narratives with mystical and dark elements, DS melodies are always needed. Personally, I'm going to have a work like this. A HDK production from Italy will soon release an album of mine. This company, which produces collections for FRP, RPG lovers, has wanted to work with Tir since last year.

What are the foremost albums in dungeon synth genre according to you so far?

Tir carries intense influences from Empyrium which is as a musical source of endless melancholy, how do you define melancholy for you and for your music?

Tir has two meanings. The Norse mythology is the god of justice and the other in Central Asia means uniqueness and simplicity. The second meaning is more important to me. I am aware that I have created a drama and a melancholic base in my music with the name. The planet we live in is experiencing serious chaos. Consumption frenzy, destruction and reverse evolution. All this affects the music structure in my mind, albeit indirectly. There's always some kind of melancholic atmosphere with Tir. I'm not complaining, because this drama is oddly able to give me more inspiration. 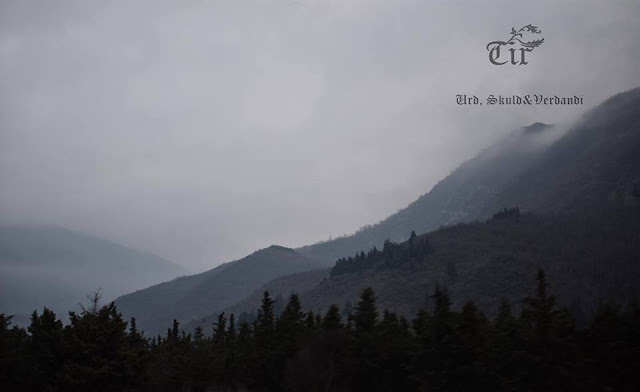 "Art should be a minimal depiction."

You are also leading the Turkish Empyrium fan club. Can you give more details and activities about the club?

I have a great history with the Empyrium. So I can say that I enjoy editing fan pages. We're already coordinating with Markus and have organized two Empyrium shows in Turkey.
Are there any live plans for Tir? Dungeon synth is performed by ritualistic elements that fits the atmosphere and lets the audience into full contemplation like Atilla did but on the other hand I also came across performances like only synth on the stage which is a bit dull like Mortiis did at last year’s Brutal Assault Festival. What do you think about live performances of this music?

As I mentioned at the beginning, I don't think it makes sense to bring to the stage Black Metal and similar music genres. I had the opportunity to watch a few DS concerts. The atmosphere disappears completely. I think the same thing is apparent for me. Martin from Prophecy Productions offered me a chance to perform live, but I refused. Still, I don't want to talk for sure, time is the solution…

What does black metal mean to you in terms of dark arts? What are the best atmospheric albums of this year for you?

Manifesto, contradictory, difficult to understand (better if everyone does not understand).  It is not possible for me to say an album for this year. But the BM listeners should take Icelandic groups into consideration!

Thank you for the interview. Please share your last words.

Thanks Zeynep for nice and qualified questions. Dark art continues its way. We can all drink this wine! 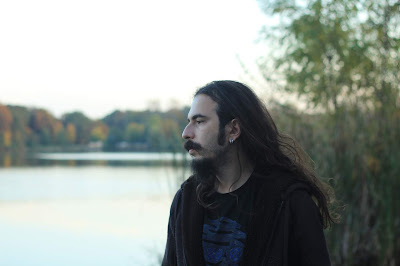 "Black metal means... Manifesto, contradictory, difficult to understand (better if everyone does not understand)."

Song Of The Rain 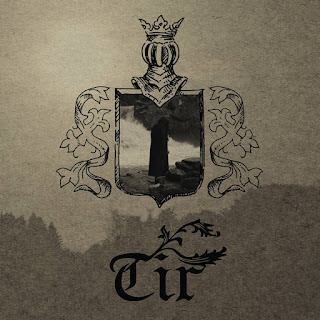