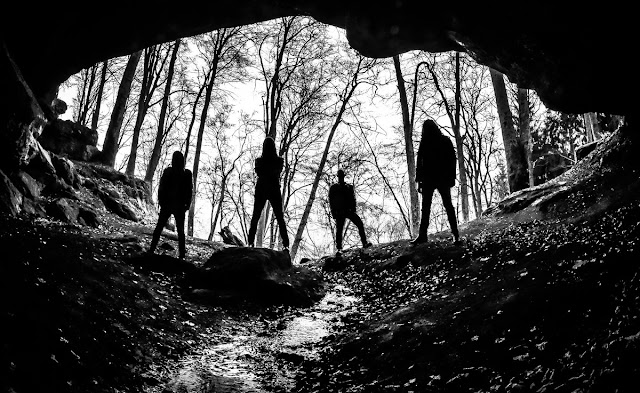 The Spirit has released its first full length Sounds from the Vortex. How are the reactions from media, fans?
The response is positive or very positive. It’s similar to when we released the album by ourselves last year, but in a much bigger scale now.

At which festivals/concerts did you play live until now? How were the shows? Which one remained in your memory most?
I can remember all of them very well, because we only played 6 shows since we founded the band. But the show at Party San Open Air in Germany last summer was something very special. The Tent Stage was totally packed with people who came to witness our show and we were blown away by the great response wo got from the crowd.

You will have autumn tour with Kataklysm and Hypocrisy also. What should the audience expect from your shows?
We will unleash hell every night when we go on stage. Energy and emotions transformed into dark music, that´s what the people can expect. 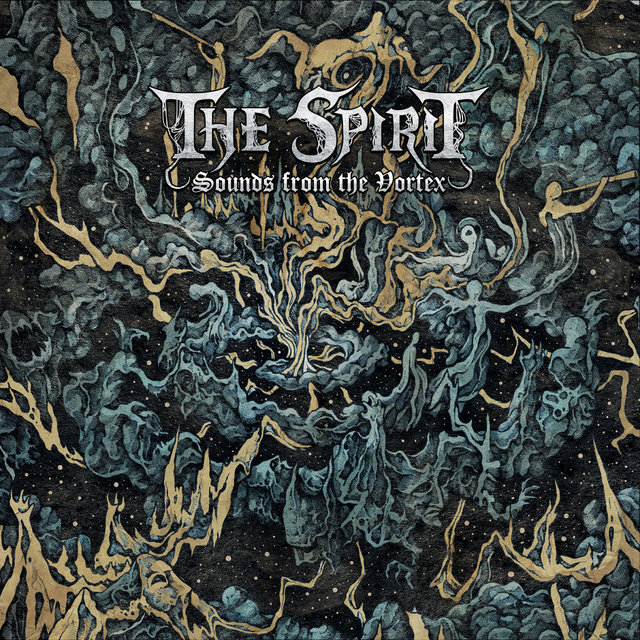 Sounds from the Vortex is rereleased from Nuclear Blast. How did it happen? How did your ways cross with Nuclear Blast?
When we finished the recordings for the album in 2017, we sent the final master to several labels, but not a single one was interested. So we founded our own label Eternal Echoes and  decided to release ‘Sounds From The Vortex’ through it in October 2017. With the album we could create some first noise in the underground and caught the attention of Nuclear Blast. They got in contact with us and that’s how it all started.

The name of the band is simple but evokes some secret; for me it sounds like the black metal spirit, allusion the foremost darkness. What do you think?
The name just suits the band and the music. When you listen to our songs you notice that it fits together just perfectly. In addition, it’s always better to have a name that you can remember easily and that is not too complicated.

Your music have Dissection influences, black metal-infused extreme metal with yet unique, stellar guitar tones and faster, blasphemous and icy melodic. How do you see your musical evolution; more into blackened death metal style or do you prefer to be named as a black metal band in the end? What does black metal mean to you?
I don’t care if it’s black or death or whatever. I prefer to be labelled as ‘metal’, It’s about the music and I don’t sit down during songwriting, thinking ‘Now I need to add a black metal or a death metal riff’, it’s just the music that comes out.

Aside from music-wise, do you share the same ideological approach with Dissection also which is called Misanthropic Luciferian Order now changed name to Temple of the Black light? 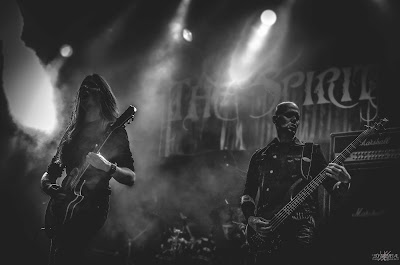 The Spirit is all about dark music and the personal ideology of the members is not the right topic for an interview.

What are your influences for The Spirit?
Life itself gives more than enough inspiration for THE SPIRIT. Of course, in our case it´s more the dark and negative parts of life. Apart from that, we are obviously influenced by the Scandinavian black and death metal scene of the 90s.

What about literature, are there any influences into your music? Do you have any opus, favorite authors?
Not really. The last book I recently finished was ‘The Little Prince’ (Antoine de Saint-Exupéry), but this is obviously not a book that had any influence on The Spirit, haha.

As you are a German band, I would like to ask you a special term called Weltschmerz … I’m wondering what it means for you. Do you relate art with Weltschmerz or if art is born of suffering? What are the essential constituents of your music?
I think it needs emotions to create good music. It can be Weltschmerz or pain or hate or any other strong or negative emotion – as well as positive emotions. But emotions should always be involved while creating music or art in general, I think.

What are the lyrics about?
I don´t really like to explain or talk about the lyrics. If you´re interested in the lyrical side of The Spirit, you should discover it by yourself and come up with your own thoughts, that´s much more interesting. It´s like with a book and a movie. When you read a book you use your imagionation to create pictures in your mind. When you watch the movie, you just see the imagination from someone else.

Can you write your favorite verse from the album?
It’s like with the songs, I don’t have a favourite song or favourite riff. Everything I did for this album was created in the best possible way at that time, so there isn’t a favourite line, it’s the whole album that matters to me.

Who did the cover art and what did you want to reflect?
The artwork from the first release was von Rebecca Wæik and the artwork for the Nuclear Blast rerelease came from Costin Chioreanu. Obviously it reflects the album title, “Sounds From The Vortex”. 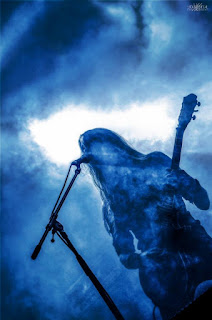 What are the foremost albums of 2018 according to you? It could be metal or any genres you are into…
I just heard a few albums from 2018 so far and unfortunately not a single one could satisfy me. So I give you my top 3 from 2017 instead.
King Gizzard & The Lizard Wizard – Murder Of The Universe
Hällas - Excerpts From A Future Past
Wobbler - From Silence To Somewhere

Could you please share your 3 favorite black metal albums of all the time?
Emperor – Anthems to the Welkin at Dusk
Mayhem – De Mysteriis Dom Sathanas
Dissection – The Somberlain

Following the autumn tour with Kataklysm and Hypocrisy, what plans do you have next for The Spirit?
There will definitely be more single shows and more tours, but we will put our focus on the songwriting for the follow-up to our debut album. Songwriting for THE SPIRIT takes a lot of time. We know, that we set the bar high with our debut album, so we take all the time we need to create a worthy successor.

Please share your last words, wishes…
Thanks for the interview and the interest in THE SPIRIT.