The coastal city called Izmir isn't known very well by the rest the world but there has been many underground concerts going on back then.

The city is surrounded by antique ruins, wild waves, laments of sirens, amazon warriors, bloody revolts against the political powers and patriarchy of the times.

In this such ravishing atmosphere, Izmir and dark arts are like match made in hell!

As Black metal is a form of dark arts, here your are some black masses fired in İzmir that Dystopia Promoters have always stood behind.

Let's start with the first ever groundbreaking move, MAYHEM concert in 1990 with original members as Euronymous, Dead, Necrobutcher, Hellhammer.

May be these concerts referred to as "points de capiton" in Lacanian terms. As they seem to be the signifiers in this loop touching one way or another to each other. They are like "the necessary illusion of a fixed meaning" or semblance of deep meaning produced by metaphor and on a larger scale all imaginary identification.

The band found and met with Dystopia Promoters because of Mayhem concert back then at Jørn “Necrobutcher” Stubberud's signing session of his book called The Death Archives: Mayhem 1984-94.

Concert is opened with the first lines of Freezing Moon and dedicated to Euronymous&Dead! 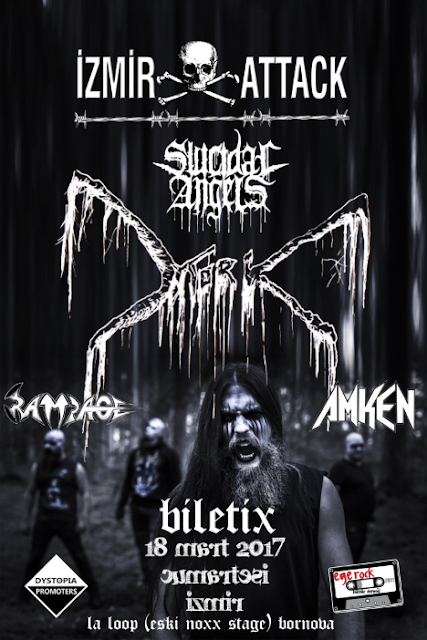 May be time goes backwards... From Mayhem to creators of black metal; Venom in 2018! 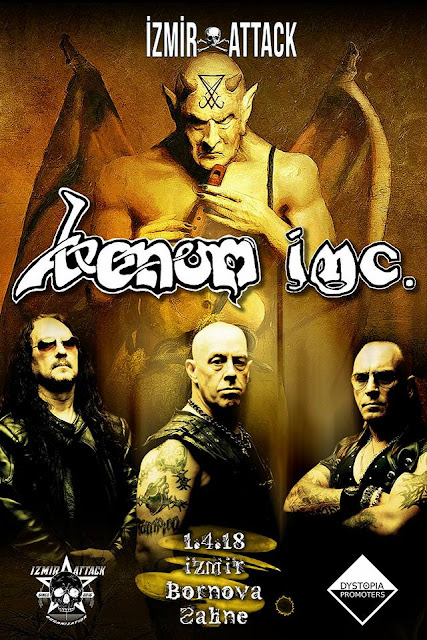