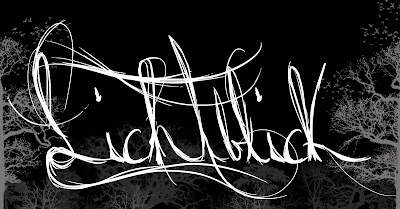 All the light is gone?*
If you once delve into Lichtblick's universe, you would face the death in the mirros, dark in the mind... This dark art is found on top of phrenesis! 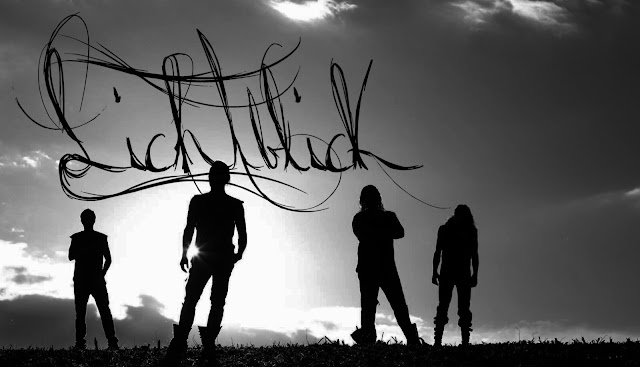 The band released debut album Phrenesis in 2018. So far how was the reaction from media, fans and are you satisfied with the outcome? 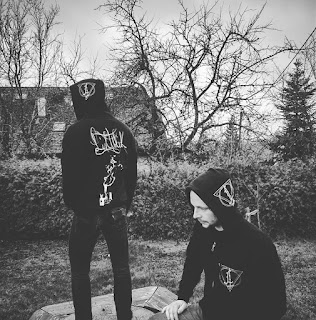 We are quite satisfied with the whole production and the release of Phrenesis. The album reflects what we wanted to create at the time. The reaction from the media and the scene was kinda minor since we make music in a specific and maybe not so popular subgenre of sort. But the feedback we got was mostly very positive.

You started as a two-man project and turned to a full band. Can you tell about the evolution of the band?
We started as a two-man project in 2013 with a certain idea on how to make music. To realize this idea, we looked for other companions with the same mindset. After some time of searching and changes of the set-up we found the final constellation. We are 4 members with the same mindset and the same devotion to what we do.

The name “Phrenesis” is coming from the 16th century poet John Skelton and the meaning is sort of madness, which quite fits your music well with infusing melodies that one can find within suffering in the dark. Could you please tell how you feel about the relation of this strong title with your music?

The Latin word “Phrenesis” translates to insanity or madness, which summarizes the feeling and emotion of the songs on this concept album. The themes cover substance abuse with recurrent depressive thoughts, loneliness, loss of control and evidently death. It is a strong word to indicate the heaviness of the themes we cover.

“… Everything will definitely come to an end, like the light at the end of the tunnel.”

'All the Light Is Gone'
Phrenesis
LICHTBLICK

The band name “Lichtblick” is also controversial. Do you want to give a contrast by mentioning hope in the name?

Yes, we intended to use this name because of the contradiction within. “Lichtblick” can be translated to “ray of hope”. The meaning for us is that all problems, pains, worries, dreams, and hopes, basically everything will definitely come to an end, like the light at the end of the tunnel. No matter what you do, the end will always be the same.


How was the production process? The sound came very clear and well-settled. As the production is a bit tricky for the depressive black metal bands time to time, they may miss the best tune while they are trying to sound rough and distortedly depressive. Lichtblick seems to overcome this burden and creates a melancholic atmosphere that burns from cradle to grave. 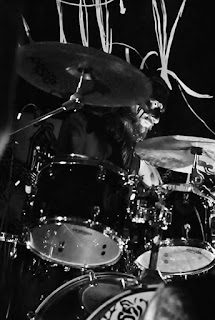 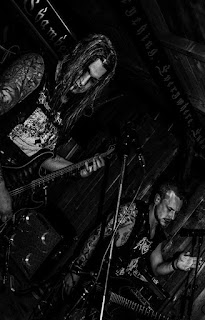 The production process was very exciting for us, but it took some time. We had a certain idea and sound in mind for our album. Our producer, who is a good friend of ours, was able to even surpass our expectations. It was tricky, since we never wanted this lo-fi sound typical for “classic” black metal. We wanted to mix clean passages and clear sounds with rough distortions to create overwhelming soundscapes and walls. It was important to us to get a good and quality tone that delivers the feelings and emotions we intended to the listener.

Phrenesis is a great dark work from the depressive subgenre which sharpens suicidal thoughts and includes rich texture, various vocal types, and different emotions from melancholy to ecstasy. I sense some Carl McCoy like gothic vocals as well from time to time. How do you define your music for someone who has not listened to it yet? What is the core point that differs you from other DSBM bands? What are your influences in metal and in other music genres?

Thanks for the nice words! It’s pretty difficult to define oneself. Probably a mix of classy DSBM-sounds like Regnum or Austere mixed with some Post Rock-elements regarding the effects we use for our guitars and vocals. We try not to label our music. Each band has its own and unique sound and we try to find ours.
Bands that influenced us the most are Alcest, Forgotten Tomb, Totalselfhatred, Psychonaut 4, Lantlos, Make a Change…Kill Yourself and so on… 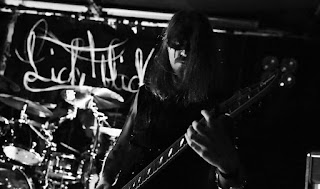 You are feeding from melancholia, suicide and even death, I guess, as you do not publish your lyrics. Can you please talk about this album’s perspective and your reasons to focus on these topics? Why don’t you publish the lyrics?

The perspective of our album is to reveal the deepest emotions and affects a human being can feel. Our lyrics are meant to be open for interpretation, so we decided to not write them down. The listener should find him/herself in our music and feel the same as we felt making the album. Of course, the content relates to genre-specific topics and to our own experiences with them.


“We chose black and white to simplify the videos and to shine a light on the topics themselves.” 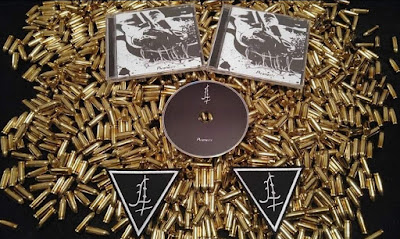 You released an official video for 10 Cent Pistol which is about substance abuse which reminds me of a Shining video in similar sense. What do you want to say about this video? You have two other videos for “All the Light Is Gone” and “Cycle of Despair” as well. Why do you want to choose black and white shooting for the videos?

The Video to “10 Cent Pistol” indicates what the song is about, namely drug abuse. We took different short scenes and clips that contain very graphic material on this topic. On one hand its very provocative, on the other it’s the reality. We chose black and white to simplify the videos and to shine a light on the topics themselves.

I am always curious of the crossroad of arts that makes this journey deeper and darker. So, how is your relationship with literature? Do you have any literary influences? I remember Georg Trakl as an Austrian poet who is known for his very dark art. Pavese or Cicero are also known to carry a similar suicidal vein in their philosophy like you have in your music.

Yes, in fact we take some inspiration in literature. Currently we are working on a track influenced by Johann Wolfgang v. Goethes “Zauberlehrling”. Some of us enjoy “dark romantic” poets like Edgar Allan Poe or Stefan Zweig, but we take inspiration rather from our personal experiences with life situations and how we coped with them. 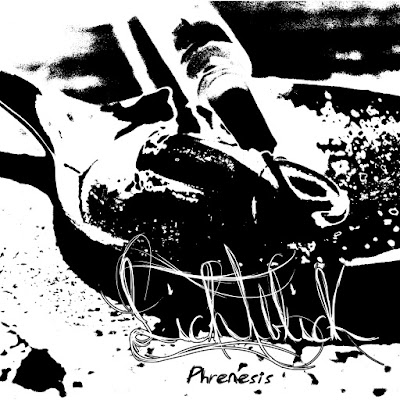 The cover art fits with the suicidal idea and it is a bit mystical with the black and white pop art like style. Who did it and what do you want to say about it?

We did the whole artwork by ourselves and the concept was to create a dedicated picture for every single song. Each image is related to the theme of the song it represents. Instead of lyrics, we wanted to indicate with graphic images what the songs are about. We chose black and white pictures for the same reasons we kept our videos in black and white.

Your music carries very intense moments that can perish oneself in full cold-hearted suffering. How do you deal with this very strong negativity in your lives? Is music your therapy? Or you are the ones who are in melancholic temperament hence taking pleasure from negativity?

To be honest, it's different at times. Sometimes, it's a kind of therapy or cure for negative feelings and depressive episodes we have. Other times it's a way to release anger and aggression. Anyways, we benefit mentally from making this music together. 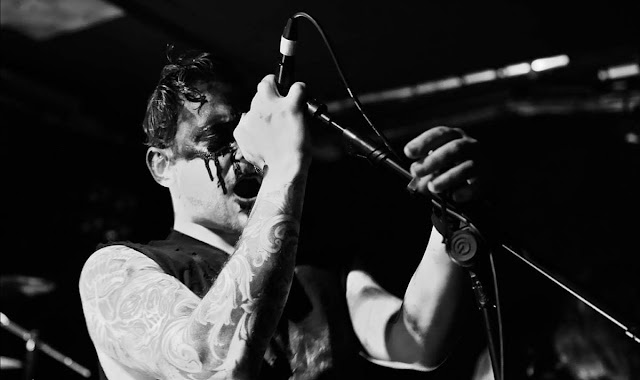 Are there any plans for the new album? You released the EP and the album independently, so next time do you think to make a deal with any record label?

We´re currently working on material for the new album. We received a few requests to release our music via some small labels, but we declined since we were not satisfied with the proposals they offered us. So far we stay independent.

How were the shows of the band? Which show was the unforgettable one for Lichtblick? What are you thinking for the shows after the pandemic? What kind of effect has the pandemic to you as musicians?

Lichtblick is meant to be a live-band, but sometimes it's difficult to find the matching audience for our music. Our live shows are always very intense for all of us. Especially our singer needs a recovery time after performing live.
We hope that the current situation with the pandemic gets back to normal as soon as possible. The current lockdown might be necessary, but it’s not the definite answer. We had to cancel a small European tour in March and some local events before summer due to the lockdown. We don't know how the music/concert scene will be after all this, but we hope it will recover quickly.