GHOST BATH HAS ANNOUNCED THE LONG-AWAITED ALBUM "SELF LOATHER" OF THE TRILOGY!

A blink to Mark Rothko

Official visualizer for the track "Convince Me To Bleed" from the GHOST BATH album "Self Loather," out October 29th, 2021 via Nuclear Blast

Lately the atmospheric / post black bands tend have mellifluous sound after they had made the climax albums as if they finally come to sunlight after circulating in the darkest alures. As a sunloather and more, this belief is fully devastated by the Ghost Bath's new release with heavier, darker, chaotic composition carrying the Ghost Bath's inevitable marks hidden in the heartbeats of the melodies!

There is a very interesting interview in the zine for those who haven't read yet from 2019 which was done by me just before the Ghost Bath concert in Leipzig/Germany. 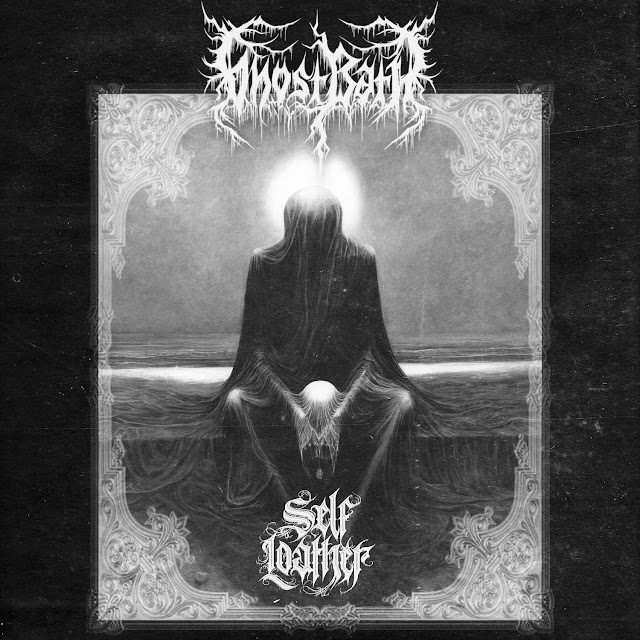 2021-08-13 - Atmospheric black metallers GHOST BATH announced their fourth full-length album, "Self Loather" will be released on October 29th via Nuclear Blast Records. On the album, the band closes out the trilogy - tragedy, ecstasy, and dread/hatred - and hosts their most devastating and dark music to date. Today, the band releases the first single, "Convince Me to Bleed".

Dennis Mikula comments, “'Self Loather' was always a part of my creative vision. I had imagined this final record of the trilogy to be heavier, more devastating, dark, and vicious. It is by far the record most filled with hatred. The three basic human emotions I wanted to capture were tragedy ('Moonlover'), ecstasy ('Starmourner'), and dread/hatred ('Self Loather'). While at the same time, all of these express depression and sorrow. I believe in this record we found our sound. The original title was Sunloather, and though I hate the sun, I found that it did not fit with the theme of everything we were forming. There is something I hate much more than the sun. And so we made the decision to forego the cosmic prefix and replace it with the true nature of this album. Self."Pre-order your copy of Self Loather, here: http://www.nuclearblast.com/ghostbath-selfloather (US only)Pre-save the album digitally here: https://bfan.link/ghostbath-selfloatherGHOST BATH’s fourth full-length sets the mood meter to desolation/antipathy—and never quite let's go. Produced by the band with Xander Moser engineering at Tree Speak Recording Studio in Minneapolis and mixed by Jack Shirley (DEAFHEAVEN, BOSSE-DE-NAGE) at The Atomic Garden Recording Studios in Oakland, Self Loather is a sonic exercise in shadow, nuance, and, most of all, power. The band enlisted Zdzisław Beksiński to create the cover artwork which was licensed through the Muzeum Historyczne w Sanoku.

Below is the Self Loather tracklist:

Convince Me to BleedHide from the Sun (feat. CJ McMahon of THY ART IS MURDER)Shrines of BoneSanguine MaskCrystal LatticeSinew and Vein (feat. Graf of PSYCHONAUT 4)I hope death finds me wellFor it is a VeilUnbearableFlickering Wicks of BlackGHOST BATH is: