Daelkyr is hailing from the Turkish underground scene, this time from the city of sun called Antalya aka pre-Inferno. Carrying the flames in their screams, the band is focusing on the blackest black metal not forgetting the melodies under a splendid atmosphere. Feel free to meet with this death ritual accompanying by the Lovecraftian dreams... 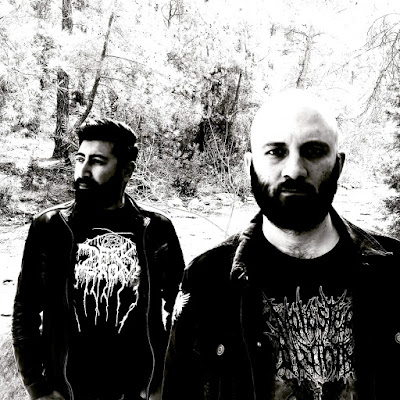 Daelkyr is said as two-man band with the guest drummer Krzysztof Klingbein from Poland. Could you please tell how the band come together? How did your way cross with Krzysztof? What was the main desire of Daelkyr?

We have been playing with Kaulfel in various black metal projects since 2007, but we could not be able to put anything concrete due to band mate problems. In 2018, we decided to continue as two- man band Daelkyr and we quickly started the recording and composing. In July 2019, we have released our first song Grey inferno. At the end of last March, we released our First Ep album Eternal Decay. We did all the recording and mixing by ourselves.

During recording session, we were going to use the drum machine on the drums since finding a drummer in Antalya was a bit difficult for this style, then we gave up this idea and contacted Krzysztof online and he made the drum records in his own studio.

"The soul of this race is filthy and dark like our songs."


Eternal Decay sounds like feeding from 90s black metal but shines among others with its more alive powerful drums and dark ambience knitting melodies with sharp screams hence drives the listener to catch the infernal rhythm till the end. One can really delve into Eternal Decay if once figures out this connectedness. How do you define your music and its diversity in your words?

Our current sound can be described as dark, raw, melodic black metal, but in doing so we have been influenced by both Norwegian and Finnish bands. But in general, we aimed to reflect the old pure raw form of black metal to our music, we took the old pure dirty filthy sound of 90s black metal in the recording and mixing process and we think that we achieved our goal. We have recorded the album during night times, usually at late hours as we feel more comfortable recording at night, and this is also affected our sound and mood.

The song titles of Eternal Decay refer to death, but the last song is different by mentioning existence. The concept seems like to be related with Eternal Return. What do you tell in your lyrics?

In lyrics we tell the stories of death, hatred, darkness, and blasphemy. There is a dark deadly cult in the lyrics, and they are destroying the whole existence for the good. Album starts with their anthem and ends with their ritual of death.

Chorus for the 1st song As the Fog Rises:

Chorus for the last song Ritual of Existence:

‘there is no light
there are only shadows
and tortured voices’

Due to pandemic, physical CD release date will be at  end of June. Yes, we are planning to release full length album, but we are not sure who will be releasing the album.

Daelkyr is a fictional race that is outsider and neutral evil from the Dungens&Dragons. Could you please tell the reason to choose this name to the band? Speaking of fantasy world, what do you want to say about fantasy, horror literature? Are you into any books, authors from this genre as well? Do you have any influences from literary area while composing your music?

We thought this name is very suitable for our music as it is dark and evil. The soul of this race is filthy and dark like our songs. Beside that we all like horror movies -especially gory ones- horror novels, stories etc. I especially love the HP Lovecraft novels and Forgotten Realms series. You can see a little bit of Lovecraft influences in the songs.

Together with Daelkyr (bass&vocal and recording), you seem to be the creative dark mind who is contributed in various projects like Gorebringer, Axxen Conners and Booze Serpent as well. Are they all active? Could you please tell about the motivation and the main desires of these projects one by one?

I like making music in different genres and also extreme metal is my passion, so it is a pleasure to contribute in different bands.

Gorebringer is my melo-death metal project (with the guys from UK), last year we have released our first LP and currently we are working on our next LP. Six songs are done and they sound like Blackened Melo-Death like the bands; Dissection, Necrphobic, Skeletonwitch etc. We are planning to release the album end of 2021.

Axxen Conners is my Groove- Prog Death Metal project. We have released 2 music videos and an EP album in 2016. Our first music video hits 1 million views on Youtube, we have built large fan base in Indonesia but unfortunately, we went into a hiatus in 2017.

Booze Serpent is my solo project all production, composing, writing lyrics, recording, mixing, done by me. I have released my first video and EP album last April. Currently I am working on a pure death metal album with quest musicians.

Booze Serpent released the Drünkard EP this year. Unlike Daelkyr that focuses on raw black metal sound, the music in Booze Serpent has many variations from blackened death, groove metal to grindcore and the fabulous ending with “Forever Gone” having melancholic atmosphere and the blazing keys. Is there any story behind this song? What do you want to say about Drünkard EP overall?

Booze Serpent is my solo project, as an extreme metal musician i am really into all sub genres in metal. In Drünkard EP, I used different genres to express my feelings. For example, speaking of the song ‘gündüz birası”, it is a song about drinking beer, and I use grindcore style and I used different guitar tones, tuning, and mixing. In 2018 I lost one of man best friend, i dedicated whole album to him. Because i use music as a tool to express my feelings.  I can say Forever Gone is a lament for my loss that is why it is the darkest song of the album.

The cover art of Eternal Decay is made by Reza Putra. How do you interpret his art and what does the cover art tell us?

Well, the album generally tells the story of death, darkness, and blasphemy, so we thought using a reaper inside the gate was a better idea for the cover. It symbolizes a kind of gate of ice-cold death. We used crow as a symbol of death and serpent represents death ritual.

Do you have any influences from other music genres?

Actually, each member has a different taste in music, mostly black-metal and death-metal but everyone's favorite sub-genre is different. For instance, I like grindcore, old school death metal, I also love all-time rock legends such as Black Sabbath and Zeppelin. Kaulfel likes Death-Metal, and Old School Black metal the most, But we all like Raw Old School Black metal so it was a common thing for us. As the musicians, we sure have influenced from other genres but speaking of Daelkyr our goal is to create Raw Pure Black Metal so we didn’t add so much stuff rather than Black Metal.

More specific question now; as the owner of infernal screams of Daelkyr, I am wondering your model vocalists in your life so far?

Well, this is a tough question, because there a lot of names for sure. But when I was a kid Chris Barnes was my hero (I like Chris Barnes Cannibal Corpse), Abbath was my villain, Mike Patton was my anti-hero etc. But i remember, when I first listened Hypocrisy Album “Abducted”, I was very impressed by the vocal diversity (screams, low growls, high pitch screams, clean singing) and there was only one vocalist on the album. Those times this was a big thing. So, I can easily say that Peter Tägtgren is main influencer for me. And I also really adore his passion as a musician and producer as well.

Before the pandemic, there has been many concerts, festivals, mainstream media and of course very alive underground scene with its fans, fanzines, and bands in Turkey. What do you want to say about Turkish black metal scene nowadays?

There are lots of great black metal bands out there! And they have very large number of listeners and fans around the world. And we are in contact with some of them, and we are very pleased by their art.

As a musician, how do you affect from the pandemic? What kind of plans do you have for your bands in the near future?

First, we cannot play live due to Pandemic. Before pandemic we were planning to start live performance rehearsals but now our plans are changed. Currently we are working on our new album. And, our physical release might be late due to pandemic.

You have been in extreme arts for a long time in Turkey where one can find many contradictory dynamics from conservatism, religious sight, and modern touristic seaside country face. For the people who are in this music has similarities just like Daelkyr race has by confronting the society, revolt and adopt the isolated intellectual lifestyle. What do you want to say about being extreme metal musician who is living in Turkey?

First thing that come up my mind is economy. It is very hard to update our gears or buy a new one. In additional to that metal music is not very popular in Turkey, yes, we have lots of great underground metal bands but in general the value given to this music is very low. We sure all know we cannot live our lives as extreme metal musician, but we do it with passion and this feeling keeps us alive.

Thank you for the interview. Please share your last words and wishes.

We want you to enjoy our music and support us in our efforts to make the band bigger. We hope they liked our music, so stay tuned for more. Keep your horns up guys, always. 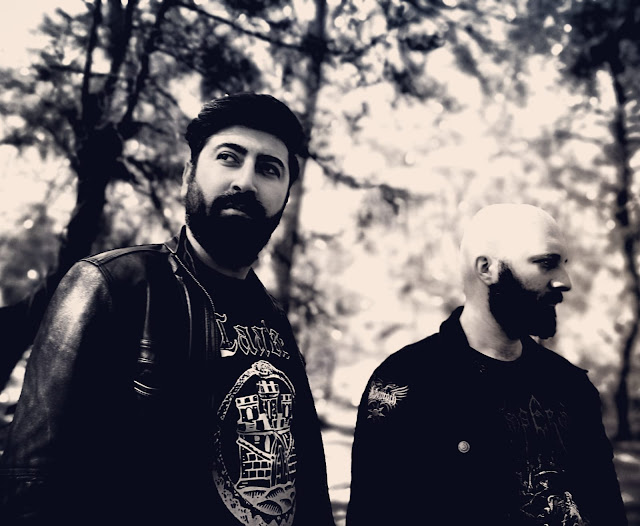